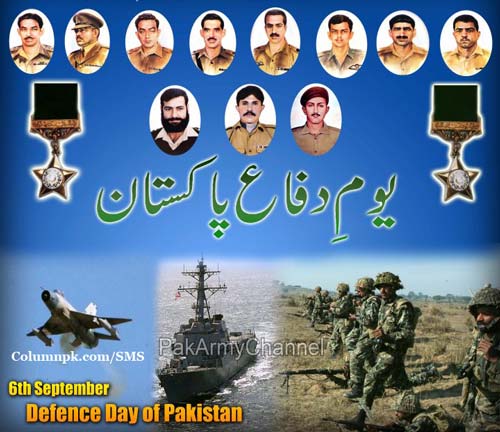 Defence Day Yaum-i Difa is celebrated in Pakistan as a national day on 6 September in memory of how Pakistan denfended itself against the powerful Indian army in the Indo-Pakistani war of 1965. The Indo-Pakistani War of 1965 was a culmination of skirmishes that took place between April 1965 and September 1965 between Pakistan and India.

This conflict became known as the Second Kashmir War fought by India and Pakistan over the disputed region of Kashmir, the first having been fought in 1947. The war began following Pakistan’sOperation Gibraltar, which was designed to infiltrate forces into Jammu and Kashmir to precipitate an insurgency against rule by India. The five-week war caused thousands of casualties on both sides. It ended in a United Nations (UN) mandated ceasefire and the subsequent issuance of the Tashkent Declaration. 6 September is marked by the President, Prime Minister and members of the government paying respect to the armed forces.

Telenor is one the leading telecom company in Pakistan that have 3G and 4G license to provide faster internet service to their customers. For...