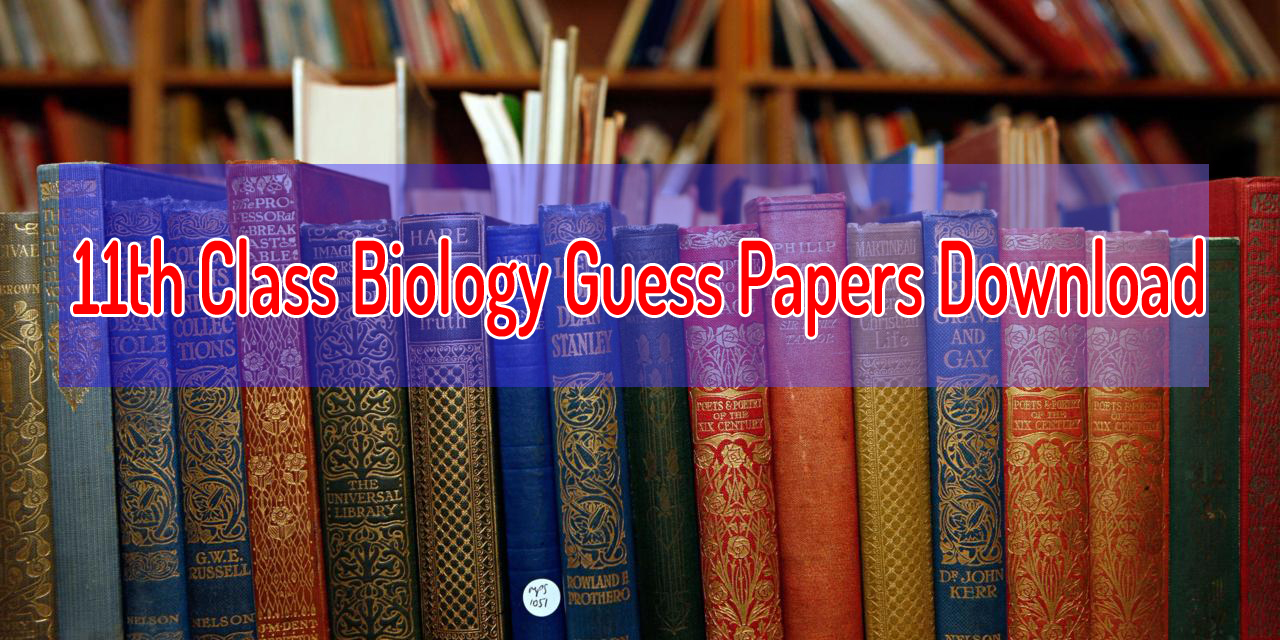 All boards of intermediate & secondary education in Punjab are going to take 11th Class annual examinations in the month of june and students are looking worried about the exams because some of the students have not prepared the exams. Every student is worried about the subject that they did not prepared and biology is one of the toughest subject in which students do not give attention to learn and in result they do various stupid things to pass. Some students do copy in annual exams and some searches for 11th Class Biology Guess Papers 2019 so that they can get passing marks. 11th Class Biology Short Questions Guess papers 2019 are available here on this site.

You can get flying marks with these guess papers because these model papers are designed according to the past 10 years paper scheme and hope that students will get good marks in biology 11th class. Webstudy.pk have posted important short questions guess papers biology inter part 1. Biology is not as much tough as many students assume it. For those students we have published 1st Year Biology Guess Papers 2019 chapter wise short questions and important long questions. Objective and subjective guess papers 2019 are available to download free in pdf format.

How To Start CSS 2020 Exam Preparations