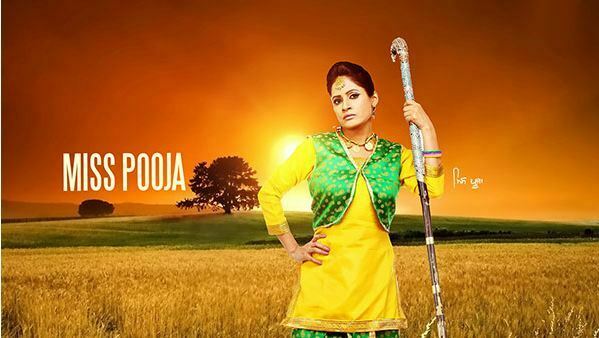 Miss Pooja is widely regarded as having revived Punjabi duet songs. She has become the largest-selling female bhangra artist in India and overseas. A partial reason for her success is the rapid increase in the number of songs that she continues to record. She has released duets with more than 70 different male singers.

Pooja has a Masters degree in music. She worked as a music teacher in Patel Public School in Rajpura, India before she embarked on her musical career

In 2006, Miss Pooja debuted with her first duet song “Jaan Ton Piyari“. In 2009, her debut solo album was “Romantic Jatt” and the music video of her song “Do Nain” from that album was shot in Toronto, Canada. In 2010, her first two films were “Panjaban” and “Channa Sachi Muchi“.

In 2012, the music video of her song “Shona Shona” from her third solo album “Jattitude” was shot in Hong Kong and she also made a debut in the Bollywood Industry with the song “Second Hand Jawani” from the film “Cocktail”. In 2013, her third film was “Pooja Kiven Aa” and fourth film was “Ishq Garaari”. As of 2013, she has recorded over 3000 songs, released over 300 music albums (including religious music albums), shot over 800 music videos and acted in five Punjabi films.

Miss Pooja gave her voice for song- Second Hand Jawani for Bollywood movie Cocktail and in
Channa Sachi Muchi in 2012.